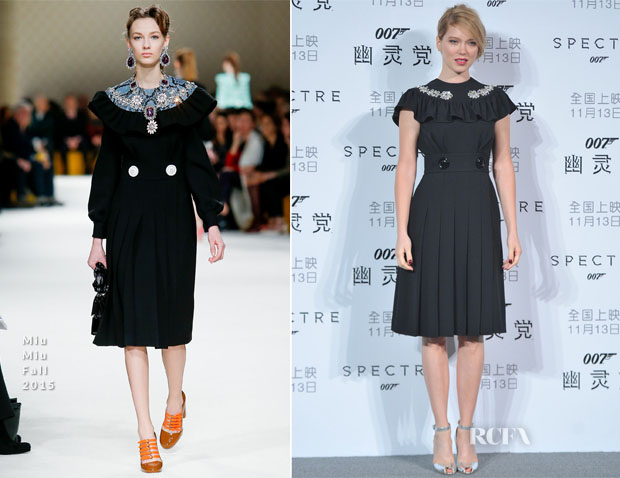 As James Bond’s leading lady in the latest Bond movie ‘Spectre’, Lea Seydoux currently has an extraordinary opportunity to wear fabulous frocks as she attends photos calls and walks the red carpet at premieres around the world.

And as a representative for both Miu Miu and Prada, it’s no surprise that Miu Miu has had the lion’s share of her wardrobe for the press tour. Lea’s proved to be a perfect ambassador, showcasing their talent for cute day dresses and show stopping evening gowns in style. 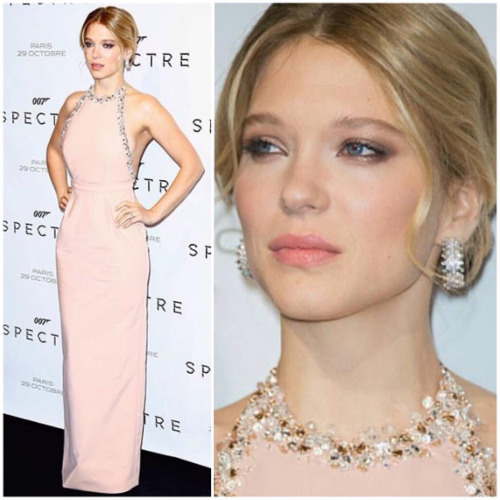 In Paris, she rocked a pale pink Miu Miu’s column dress with crystal detailing around the neckline and matching statement earrings. 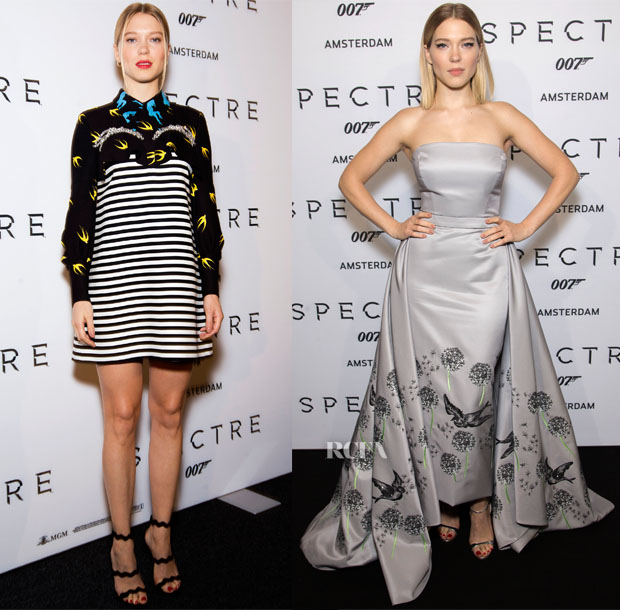 Birds featured in Amsterdam on both the striped mini dress she wore the photocall and the strapless satin gown with a train she wore to the premiere. 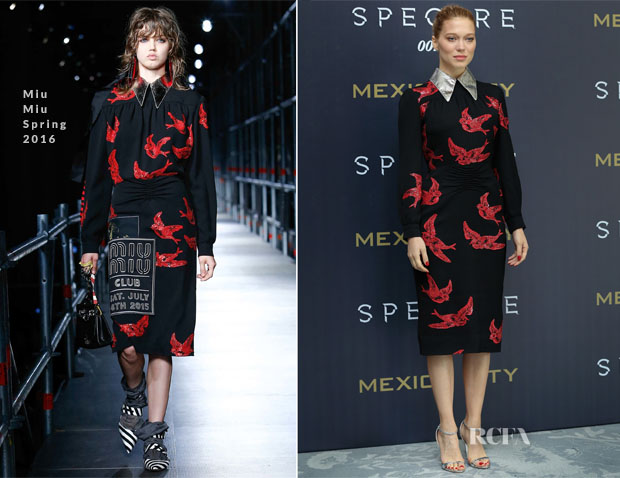 They were also in flight at the Mexico City photo call on this black and red long sleeved dress from Miu Miu’s Summer 2016 collection. 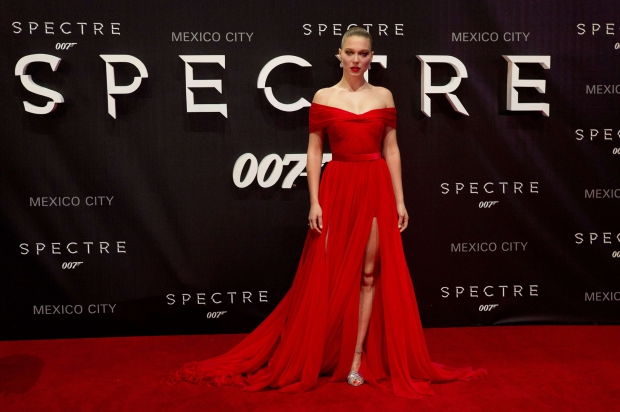 Lea was breathtaking in red at Spectre’s premiere in Mexico City where the jaw dropping opening scene of the movie was filmed.

And in Beijing, Miu Miu’s detailing was on show again in this great little black dress. It features pleats, ruffles, buttons and embroidery but still remains wonderfully understated. (My wardrobe needs this one!).